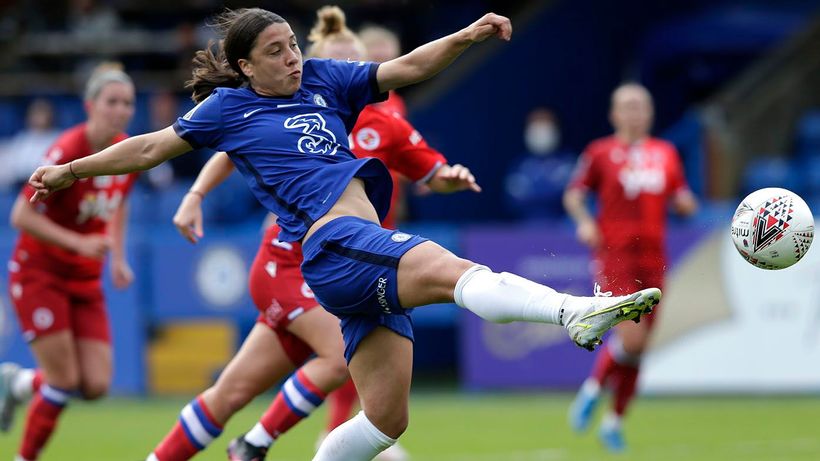 Chelsea retained the Women’s Super League title and became the all-time record champion in the English game by beating Manchester City to first place on Sunday.
Chelsea was a 5-0 winner at home to Reading and finished two points ahead of City, which won its final game — 1-0 at West Ham — but also needed Chelsea to lose to stand a chance of jumping into first.
Sam Kerr of Chelsea scores a goal during the FA Women’s Super League match between Chelsea and Reading. (Getty)
It is a fourth league title… 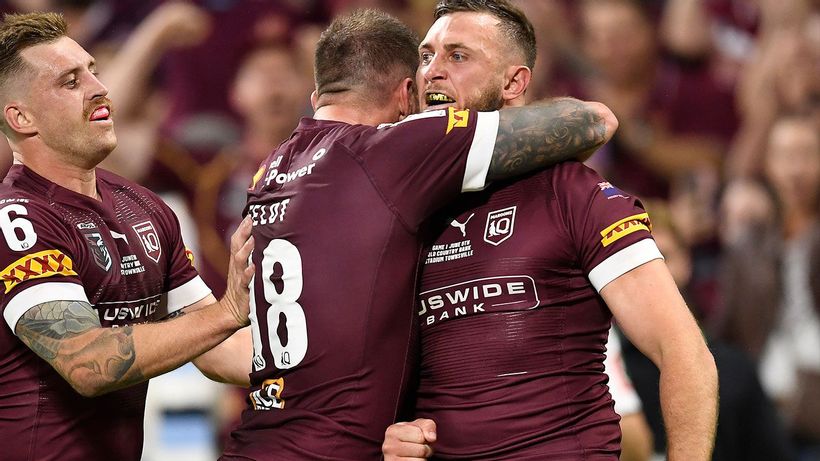 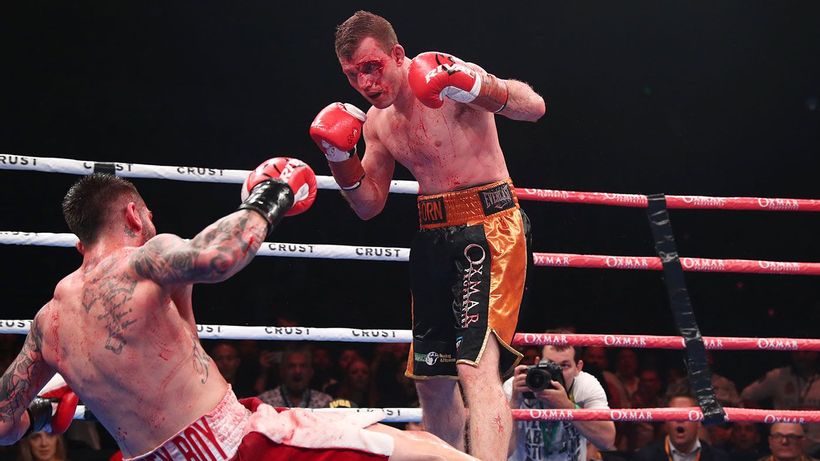